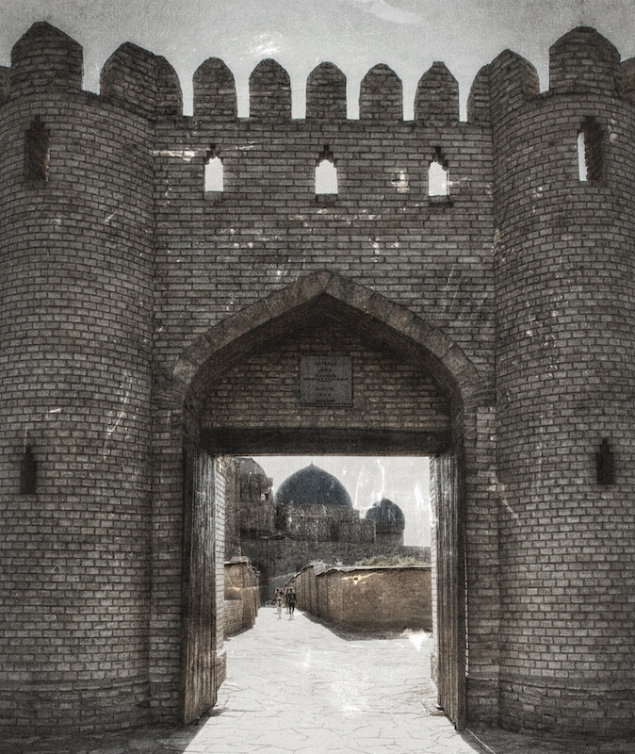 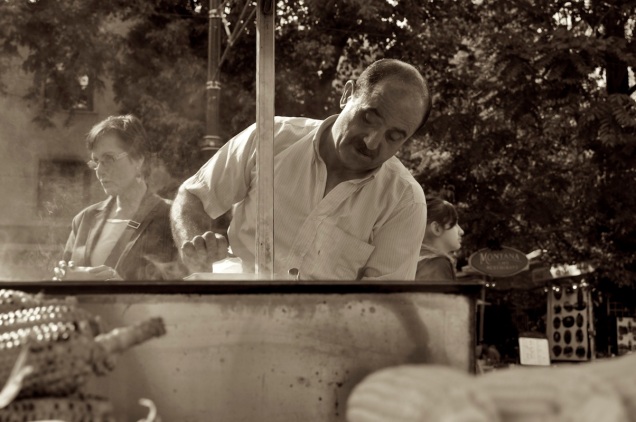 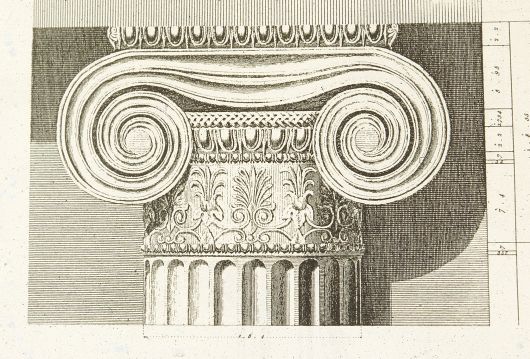 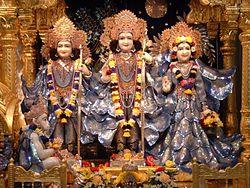 Sita in the hermitage of Valmiki.
The uttara kanda is regarded to be a later addition to the original story by Valmiki and concerns the final years of Rama, Sita and Rama’s brothers. After being crowned king, Rama passes time pleasantly with Sita. After some time, Sita gets pregnant with twin children. However, despite the agni pariksha(fire ordeal) of Sita, rumours about her purity are spreading among the populace of Ayodhya. Rama yields to public opinion and reluctantly banishes Sita to the forest, where the sage Valmiki provides shelter in his ashrama(hermitage). Here, she gives birth to twin boys, Lava and Kusha, who become pupils of Valmiki and are brought up in ignorance of their identity.
Valmiki composes the Ramayana and teaches Lava and Kusha to sing it. Later, Rama holds a ceremony during Ashwamedha yagna, which the sage Valmiki, with Lava and Kusha, attends. Lava and Kusha sing the Ramayana in the presence of Rama and his vast audience. When Lava and Kusha recite about Sita’s exile, Rama becomes grief-stricken and Valmiki produces Sita. Sita calls upon the earth, her mother, to receive her and as the ground opens, she vanishes into it. Rama then learns that Lava and Kusha are his children. Many years later, a messenger from the Gods appears and informs Rama that the mission of his incarnation was over. Rama returns to his celestial abode.
Influence on culture and art
One of the most important literary works of ancient India, the Ramayana has had a profound impact on art and culture in the Indian subcontinent and southeast Asia. The story ushered in the tradition of the next thousand years of massive-scale works in the rich diction of regal courts and Hindu temples. It has also inspired much secondary literature in various languages, notably the Kambaramayanam by the Tamil poet Kambar of the 12th century, the Telugu-language Molla Ramayanam by poetess Molla and Ranganatha Ramayanam by poet Gona Budda Reddy, 14th century Kannada poet Narahari’s Torave Ramayana, and 15th century Bengali poet Krittibas Ojha’s Krittivasi Ramayan, as well as the 16th century Awadhi version, Ramacharitamanas, written by Tulsidas.
The Ramayana became popular in southeast Asia during the 8th century and was represented in literature, temple architecture, dance and theatre. Today, dramatic enactments of the story of Ramayana, known as Ramlila, take place all across India and in many places across the globe within the Indian diaspora.
The Ramayana has also been depicted in many paintings, most notably by the Malaysian artist Syed Thajudeen in 1972. The epic tale was picturized on canvas in epic proportions measuring 72 x 453 cm in 9 panels. The painting depicts three prolific parts of the epic, namely The Abduction of Sita, Hanuman visits Sita and Hanuman Burns Lanka. The painting is currently in the permanent collection of the Malaysian National Visual Arts Gallery.

Deities Sita (far right), Rama (center), Lakshmana (far left) and Hanuman (below seated) at Bhaktivedanta Manor, Watford, England
Rama, the hero of the Ramayana, is one of most popular deities worshipped in the Hindu religion. Each year, many devout pilgrims trace their journey through India and Nepal, halting at each of the holy sites along the way. The poem is not seen as just a literary monument, but serves as an integral part of Hinduism, and is held in such reverence that the mere reading or hearing of it, or certain passages of it, is believed by Hindus to free them from sin and bless the reader or listener.
According to Hindu tradition, Rama is an incarnation (Avatar) of the god Vishnu. The
http://www.wikipedeia.org 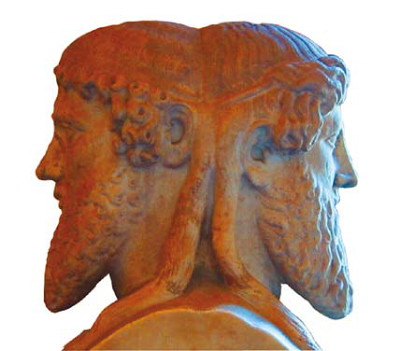