fires in the plazas; the landscape turned red; the closed

rooms turned red. Perhaps they were butchering the statues again;

perhaps they were burning effigies of gods or tyrants. One mouse

stood under the cross and stared with red eyes

wondering whether the alarm clock of the miner would strike on time,

whether this night fire would turn into music. 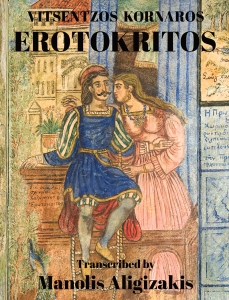 What reason moved your desire into this
when you began with songs and lutes?
Which path do you tread, what you seek
and what you wish from me and thus you torture me?

Suddenly we had grown into adulthood. Quickly
the carefree years passed, books closed, puppy love
replaced by somber silence, directionless,
drivers cursed the traffic jams and where was god to put
some order to this life?
But haven’t they heard the good news?
God was dead. We yelled it to the wind and to the aspen
leaves and I always believed in the travelling bands that
went from city to city and entertained people with old
nostalgic songs talking of misery being just in heaven
while on earth we thrived on jelly and glazed donuts. Yet
something sinister kept us silent that the monarch butterfly
flew over the dahlia.
Have you ever thought of what would happen if
you made love to a deaf woman and at the time
of climax you screamed for help?

~ I like all those who do not seek behind every star
the reason for a sacrifice, the cause for their destruction. 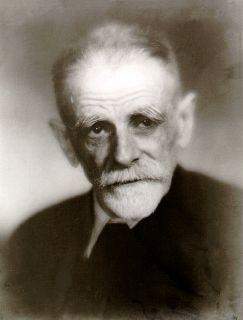 A fleshless string of beads made of songs
I haven’t given you today
with the spells and games of a charmer
I’ll cloy you, my love.

Naked. And like a vine I’ll climb
to taste your body that devours me
the tender hairs of your mound
with my fingers I’ll conflagrate

and on your white sculptured legs
two vases that drive me crazy
my honey like a maniac, at last, I’ll ejaculate.

Rempetika, The Blues Of Greece

Rempetika (pronounced [reˈbetika]) is the plural of Rempetiko. Rempetiko is beyond a genre of music; rather it is a state of mind. Culture, tradition and expression of social concerns are combined to form the lines and ideas behind the Rempetiko song. We take a deeper look at the history of this special form of music and how it encapsulates the soul of Greece.
________________________________________

Rembetiko | © glasseyes view
How it started, Rempetiko’s journey to Greece

Rempetiko is a kind of Greek folk music which started in Asia Minor, more specifically, in Smirni and Konstantinoupoli. The refugees who sought shelter in Central Greece along with their few suitcases and memoriesafter 1922 also brought with them their culture and music. This is the reason why Rempetiko started expanding through Greece’s main ports, such as Piraeus, Thessaloniki, Volos and Syros, and around 1930 began the dawn of Rempetiko. People would gather together in small taverns with a few musical instruments, and along with a glass of wine would openly express their pain, fears and nostalgia for the past. Although these individuals were homesick, a sense of hopefulness still resonated within their songs. The following Rempetiko song speaks about friendship, immigration, and fate:
Etymology, still a mystery
The etymology of Rempetiko is not clear, but it is speculated it may come from the Greek verb relating to wonder (rembazo). The famous Greek linguist Georgios Babiniotis also posited that it may derive from a name used for military camps in Asia Minor.

Rempetis refers to a person who embraces the whole lifestyle of Rempetiko, also known as a Mangas (pronounced [ˈma(ŋ)ɡas]). Regarding the Rempetis lifestyle, it included a very particular style: wearing hats and growing mustaches, speaking in a peculiar way such as cursing, using short phrases and slang words; and overall having different morals and ethics from the rest of society. Rempetes, (plural of Rempetis) were generally lower working class people with often destructive habits such as drinking and smoking; even using drugs from time to time. The following song represents the Mangas lifestyle. Its use of language is difficult to understand, even today.
Another song called ‘To Pitsirikaki,’ is about a young Mangas child.
‘A poor young child is lying on the grass, he is sad.
He is dying for a smoke, but has no penny to give.
He has this idea, to sit and wait ‘til someone comes along,
Whoever it might be, then ask them for a smoke.
But, this unlucky child, at the very next corner he runs
Into the policeman, waiting there.
Feigning innocence, he looks at him and says hello.
The kid keeps his cool, asks for a cigarette. ‘
The themes behind Rempetiko’s music
Using several musical instruments that are easy to find and to carry, such as mpaglamas, mpouzouki, guitar, tambourine, violin, santur; the Rempetes could create nice rhythms and melodies. The theme of the songs varied but often spoke about poverty, class struggles, life, love and immigration. War, exile violence, work and death were also sources for inspiration. Although diverse, these themes represented universal subjects that embodied human nature, hope and pain. The following song talks about poor labor neighborhoods, social injustice and pain:
Rempetiko’s odyssey from prohibition to acceptance
Rempetiko is often referred to as notorious and scandalous, and around 1936 it began to represent a subculture of criminality, drugs, diverse political thoughts and lack of morals. At a later stage, it was censored due to the bad language used. Like the blues, it represented an urban culture that was marginalized. Around 1960, after softening the edges, Rempetiko transitioned from a coarse subculture to embrace a more liberal political and cultural background that formed the genre’s Renaissance. Eventually, Rempetiko earned its acceptance into society, deemed as a form of tradition and philosophy. In the United States, the Greek immigrant societies continue to sing, compose and record Rempetiko songs.

Presently, Rempetiko continues to be a fundamental part of Greek culture. In many places throughout Greece, including taverns, restaurants and/or stages, the tradition of Rempetiko continues and serves as an event where people can enjoy music, dance and eat at the same time. Many of the songs are recorded in different versions by contemporary artists. Discs are best-selling and Rempetiko is still alive today, embraced by many individuals, no matter their age or occupation.

THIS STAR IS FOR ALL OF US

When I was a child and my mother would see me sad
she would lean down and ask. What is it my boy?
I wouldn’t talk. I would only look behind her shoulder
at a world without you.
And as I would go back and forth with the pencil
it was as if I learned to write songs for you.
When I would touch the wet glass of the window it was
because you were late
when at night I would gaze the stars it was
because I missed your eyes
and when my doorbell rang and I opened
no one was there. However somewhere in the world
your heart was beating.

I’ve lived this way. Always.
And when we first met—you remember?—you
opened your arms ever so tenderly
as though you had known me for years. But of course
you knew me. Because before you came to my life
you had lived in my dreams
my beloved.